Yep...7 years late on this one. Great workout song!
Posted by Squeezetoy at 12:51 PM No comments: 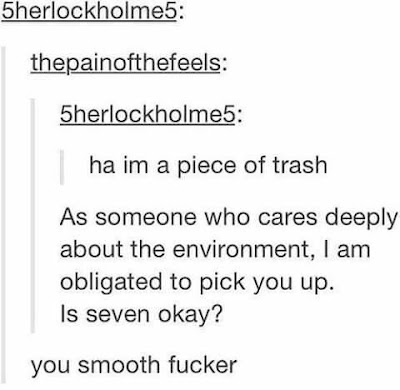 Posted by Squeezetoy at 4:58 PM No comments:

For some reason I've seen a few videos lately on how cringe-worthy the word 'moist' is and how it seems to be universally hated. I do find the word...uncomfortable, but it seems not for the same reason as others. To me the word 'moist' has such a sexual connotation to it that I want to giggle when I hear it.

Other words I see referenced to as 'hated' are; phlegm, squirt, scrotum, dry, puss, cunt (at least in Canada). Words are funny, and people's reactions to them are sometimes even better.

I dunno, a bunch of hot guys saying the word moist over and over...doesn't make me cringe exactly.

Posted by Squeezetoy at 2:48 PM No comments:

Not sure why this song caught my ear...but I really dig the lyrics:

Posted by Squeezetoy at 5:05 AM No comments:

Trying to get back on track with my eating. Was craving my nightly bowl of ice cream after a stressful day. Instead, I opted for some Greek yogurt, granola, strawberries and banana. Still full of sugar and oh so yummy...But I feel it is a step in the right direction! 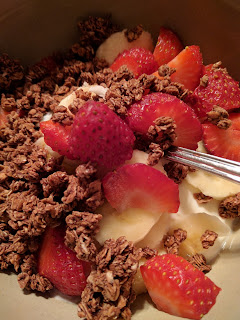 Posted by Squeezetoy at 8:30 PM No comments: 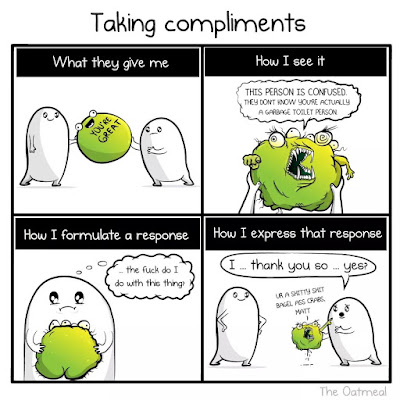 Pretty accurate after over a week of some pretty intense self hate!
Posted by Squeezetoy at 11:01 AM No comments:

Posted by Squeezetoy at 8:04 AM No comments: 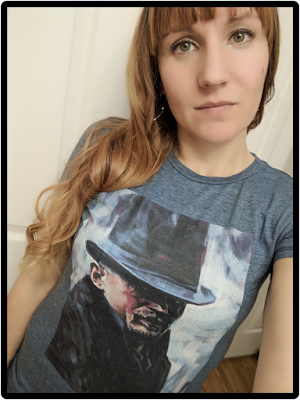 I haven't bought one in a while, but I couldn't resist this one!

Posted by Squeezetoy at 4:56 PM No comments:

I don't like getting my hair done, takes too long and costs too much! That being said, I love when she curls it after my trim! My hair will not hold a curl for me, I'm incapable of doing my hair, but it looks so pretty! CURLS!! I need to learn... 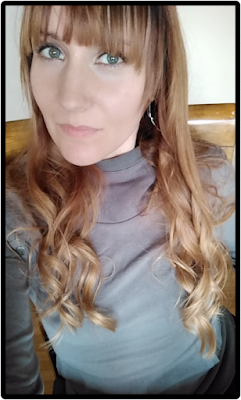 Posted by Squeezetoy at 4:50 PM No comments:

Please throw an apple at my face 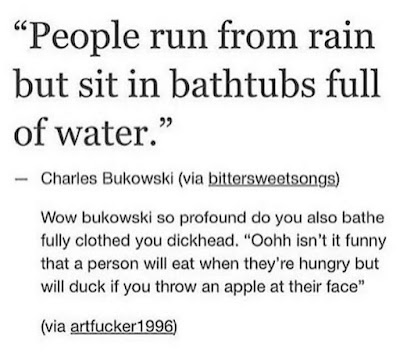 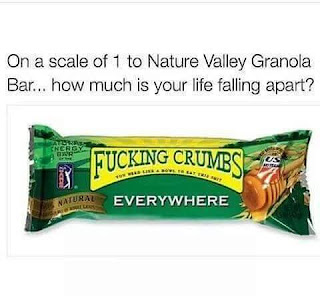 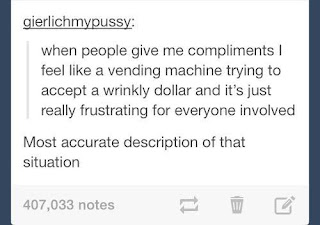 I find it especially funny that someone sent this to me specifically telling me that this is me...

Posted by Squeezetoy at 5:57 PM No comments:

So I have a MeUndies subscription. I dig their incredible soft and comfortable fabric and they are my casual day, relaxing undies. I love the no hassle delay option and ability to change colors too. Due to the elastic waistband, they don't offer a super smooth fit so I tend to not wear them when I'm wearing tight clothing with smooth lines. That being said my ass looks awesome in the cheekie style, I'll take what I can get!

Anyway, I noticed the other day that a pair of mine had 2 holes in them. The holes were directly in the fabric, not at a seam. I looked back to when they were purchased and seeing I bought them in June of last year I figured nothing could be done, but it doesn't hurt to ask. I sent a message and heard back same day from good old Neil. I informed of the holes, let him know I hand wash cycle in my machine and hang to dry. I have several pairs now and this is the only one that has an issue. He apologized and said that is abnormal and they want to make it right. He requested pics and bam, credit for another pair as they were out of stock of this particular pattern.

When I had logged into my account to look up when they were purchased, I noticed a subscription shipment that was sent out and seeing the pattern I suddenly realized I'd never actually received them! It was over 6 months ago, but I inquired about this as well. Again an apology and additional store credit. No hassle, no convincing, no arguing. There is a problem? I'm sorry! FIXED! I realize many try to abuse this system, however I am thankful when a company ensures their longterm customers are happy. No questions asked.

After my final contact with Neil I received a survey to rate his performance...err...support. 5 stars for sure, upon giving him 5 stars I left a little note and then noticed I could reward Neil! What a fun idea. Thanks Neil! 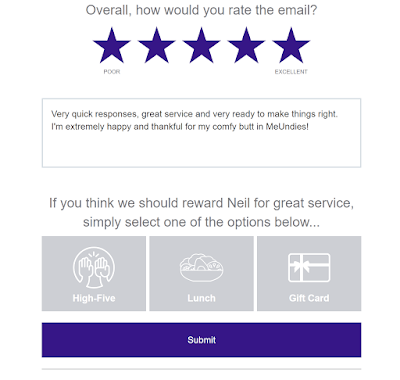 Senseless product plug: http://getcomfy.in/fbGKl try them out! First order gets 20% off.

Posted by Squeezetoy at 1:00 PM No comments: 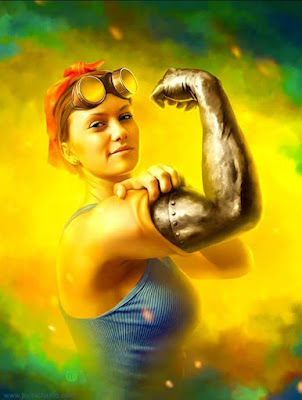 I'm really amazed how many people quote men talking about women for International Women's Day...
We need to celebrate each other! We are incredibly strong creatures! Imagine the potential if all women supported and encouraged their fellow females. 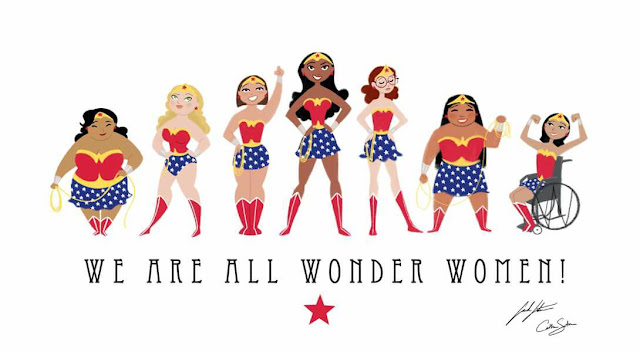 
Posted by Squeezetoy at 9:13 AM No comments:

The text at the end is a rendition of The Old Man and the Sea. Best quote: "...life is a tragic opera and just when you think you've finally found something good and true, sharks come along and rip it all to fucking shreds while dry humping your dignity with their crazy weird shark dicks."

Now for your enjoyment, have a strange read:

The Old Man and the Sea is the story of a fight between an elderly, accomplished fisherman, Santiago, and a really big fish. Like... HUGE. The story opens with Santiago suffering eighty-four days without catching a fish because he's the unluckiest son of a bitch on planet earth. Honestly, if you were in a boat for eighty-four days, it'd be hard to NOT catch a fish... even by accident. Santiago was so unlucky that his apprentice, Manolin, was forbidden by his Ma and Pa to fish with him. But as the Fresh Prince used to say, Parents Just Don't Understand.' So the boy visits Santiago's shack anyway. Ignoring the inherent risks of unsupervised playtime with an elderly man who talks to himself. Manolin helps out, moving Santiago's fishing gear, making food and talking about baseball. Especially Joe DiMaggio; who used to bump fuzzies with Marilyn Monroe. The next day, Santiago tells Manolin that he's going way out into the Gulf Stream. WAY OUT north of Cuba. Lady luck is returning! On the eighty-fifth day of his crappy luck, Santiago drops his lines, and by noon, gets a bite from what feels like a big ass fish. He's sure it's a winner. He fights and fights and fights but can't pull the monster in. Santiago's leaky old boat is pulled by the fish for two days and nights and he holds on for dear life. Even though he's bloody and beat, Santiago begins to appreciate this might adversary. He starts calling him "brother" or maybe even "bro." It's sort of a love story if you really think about it. And like most romantic comedies, the reader pictures a delightful outfit changing montage, followed by the inevitable interspecies wedding. But on the third day, Santiago is freakin' EXHAUSTED, and decides he just wants the fish to do what he says and not always swim wherever he wants. So he stabs it. With a fucking harpoon. It's a mess. Super gross. Blood everywhere. Because, like many men his age, Santiago has difficulty expressing his emotions and fears with words instead giving in to base desires and imposing his gigantically terrible positions on any given subject through unblinking violence. Typical. Anyway, he straps the marlin to the side of his skiff and hits the road home, ready to act like a total show off to everyone and probably gouge people on the price. But guess what? Pretty soon sharks begin to attack the bleeding marlin's carcass, because as we all know, life is a tragic opera and just when you think you've finally found something good and true, sharks come along and rip it all to fucking shreds while dry humping your dignity with their crazy weird shark dicks. Sure, Santiago tries killing a few of them, but drops his harpoon because his hands are just as old as he is. By nighttime, the sharks have pretty much eaten the entire marlin. Only a bleach white skeleton remains, silently mocking him in the murky darkness. Santiago realizes he's still unlucky. REALLY unlucky. (Duh!) He calls the sharks "dream killers". Which isn't really all that fair. I mean, the sharks were just doing their job and the marlin... Jesus, don't even get me started on the marlin! It was just hanging out one day, minding its own business, maybe thinking about ways it could be a better provider for its family and WHAM! Harpoon in the brain. Who's the "dream killer" now, fuckface? The hypocrisy is pretty much boundless at this point. Eventually Santiago makes it ashore. Leaving the bones of the marlin and the boat, he hobbles to his shack. He makes it home and crashes, like I said, he's super tired. The next morning a group of fishermen gather around Santiago's boat. One measures the skeleton and, holy shit shingles! It's over 18 feet! The head of the fish is given to Pedrico (strange that this is the first mention of him) and the other fishermen ask Manolin to send their glad tidings to the old man. Manolin brings Santiago newspapers and coffee when he wakes and they decide to fish together again. Many years later, there's a Red Lobster Restaurant in nearly every city in America, offering a casual dining experience and convenient parking.
Posted by Squeezetoy at 8:52 AM No comments: 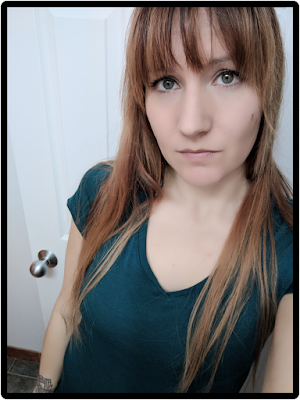 When I start my day exhausted...I end it bleary. Things must get better soon.

Posted by Squeezetoy at 6:04 PM No comments: 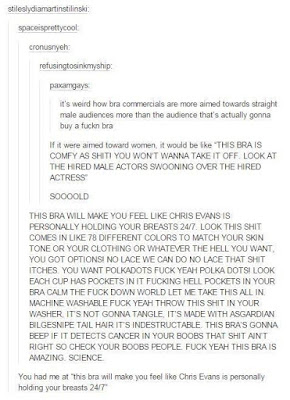